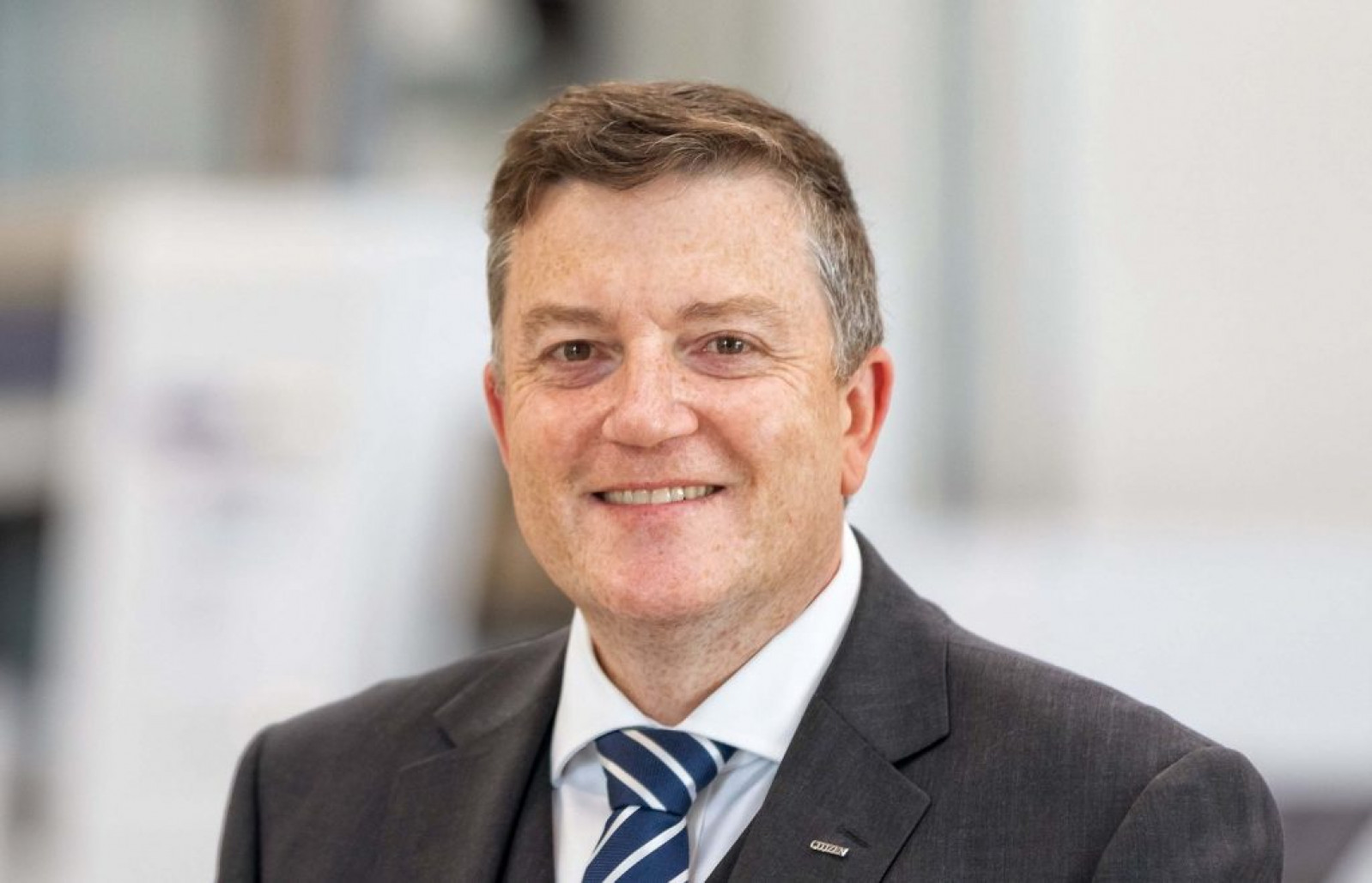 The power of collaboration in the fight against Covid-19

In the opinion of Citizen Machinery UK’s managing director Edward James, the Covid-19 pandemic has united the whole of the manufacturing sector to an extent never seen before in terms of the levels of selfless application by huge numbers of people to boost production of much-needed medical equipment. In this article he describes how the company he runs, a turning solution provider, is contributing in the battle to deliver more ventilators to the front line in hospitals.

Citizen became involved early on when it was contacted by the UK government’s consortium for ventilator production, which became known as VentilatorChallengeUK. The committee included representatives from the AMRC (Advanced Manufacturing Research Centre) and Renishaw, who identified Citizen as the largest supplier of bar automatics in the UK and Ireland.

This type of machine tool, especially the sliding-head variety with turn-milling capability, is critical to the rapid, efficient manufacture of components in very high volumes for making the extra ventilators needed by the NHS, 30,000 being the current target.

Accordingly, Citizen was given critical supplier status for the medical as well as the aerospace and defence sectors, although priority is being given to medical applications and is the only one being serviced at the moment.

Edward James comments: “At the outset, the government was considering building a factory to make ventilators parts and assemble them. However, we and others advising them suggested that the best route would be to enlist the help of the existing pool of first-class manufacturers and their supply chains already using our lathes and production equipment from other leading machine tool suppliers.

“I gave them a list of about 50 companies that use Citizen turning centres, choosing firms that operate sufficient numbers of machines, hold ISO accreditation and have the right level of expertise and metrology capability. We knew many of them already make ventilator parts as well as similar types of medical and non-medical parts out of both normal materials and special alloys.

“We had told all of our customers via social media that Citizen Machinery UK was still open for business and continuing to operate under government guidelines to support customers and prioritise any request for help in producing medical components.”

Nearly all of the recommended contacts were approached by multinational firms, including Rolls-Royce, GKN and BAE, appointed by VentilatorChallengeUK to oversee supply chain management from purchasing through to ventilator assembly.

The manufacturers were asked to change over their production to machining medical components and they immediately agreed to do so. As many of the firms recognised that additional capacity would be needed, it triggered multiple orders for new Citizen bar automatics from several companies and from additional manufacturers that became involved in the initiative through word-of-mouth recommendation.

In just over three weeks to mid-April 2020, 17 machines were prepared and delivered from stock, all of which are devoted to the production of medical parts. Transport is provided by Citizen’s dedicated team, J Parrish & Son, and for the rest of April sliding-head lathe deliveries are running at one per day.

Extraordinarily, each is commissioned and operating on a customer’s shopfloor in approximately 36 hours from receipt of the order, such is the urgency. Overlaid on this already hectic workload is a significant amount of re-purposing of existing turn-mill centres in the field to manufacture medical equipment.

There are examples of Citizen lathes having been reconfigured for making metal parts that are normally produced from stampings, forgings and castings. By far the largest proportion of resetting, however, has involved writing programs and providing tooling packages for turn-milling large quantities of plastic components from bar that are normally injection moulded, such as tubing connectors for ventilators. Often they are supplied from overseas, including China, but deliveries may have either stopped or the numbers available are insufficient.

Mr James adds: “The six-week lead-time to produce a new injection mould tool is too long – the parts are needed much faster than that. Our multi-axis sliding-head bar autos are ideal for turning such components at both ends and milling and drilling them in the same cycle so they come off complete, without the need for special fixturing and with minimal material wastage.

“It is actually a lot of work to identify parts that can be re-engineered in this way and then re-purpose a lathe to make them. A significant amount of CAD effort is required, plus complex CAM programming and post-processing.

“Our applications department has been doing a lot of this in-house and at our customers’ factories, outsourcing what it cannot handle. One of our applications engineers has been working pro bono at a customer’s site for three weeks to help out with re-engineering medical components due to staff shortage.”

There are several reasons for Citizen fortunately finding itself in a good position to ship such a large number of lathes at short notice. One was the opening last year of a new turning centre of excellence in Brierley Hill with a showroom containing many demonstration machines. These together with those on show at the Bushey headquarters are available on short delivery.

The company in any case has a policy of supplying its machines and accessories from UK stock and more were available than usual, as extra had been brought in due to the possibility of a hard Brexit. Additional machines were in the UK, including some of the very latest models, ready to be shown at the now-postponed MACH exhibition.

Moreover, a bull run of sales had led to a backorder book of about eight weeks, with turning centres that were nearly ready for delivery able to be re-purposed at short notice and diverted urgently to medical component manufacturers. The original machine packages are being replaced from stock.

Naturally, these activities are only possible with healthy Citizen staff to implement them. Seeing the speed with which Covid-19 was spreading, Mr James had pre-empted government advice by putting on hold in February all overseas travel, isolating the Bushey and Brierley Hill centres to avoid movement between them, and instigating working from home where feasible.

The result is that of the 56 members of staff, 20 are furloughed but the other 36 are able to work, including all of the applications engineers, half of the service staff and many back office support personnel.

Working around the clock

Mr James concludes: “I am told that most of the turned parts have already been manufactured for the 30,000 extra ventilators, which is testament to the effort put in by us, other lathe suppliers and an army of willing and capable manufacturers in Britain and Ireland.

“I would like to offer a big thank you to all our staff and suppliers who are helping to make this happen. Everyone is volunteering to work tirelessly around the clock, at weekends and even through their holidays.”

He added that when the country finally comes through the pandemic, Citizen Machinery UK will find itself in a stronger position than previously as he predicts that demand for new machines will grow.

It will be due to companies that are acquiring modern sliding-head turn-mill centres now, where in normal circumstances they would not have done so for several years, recognising earlier the benefits of the tighter tolerances and better surface finishes achievable compared with using their older lathes.

Additionally, most of the new turning centres currently being supplied have Citizen’s proprietary LFV programmable chipbreaking software built into the control’s operating system. Manufacturers are seeing the productivity benefits of this technology when machining traditionally long-chipping materials such as plastics, stainless steel and titanium.